Already it’s clear that the 2010s will be seen as an important time for LGBT rights, with LGBT issues playing out prominently across the recent world media. We’ve had legalisation of gay marriage here and in the USA, reports of the atrocities being committed in Russia and debates over treatment of gay athletes, primarily in relation to Sochi and football. People critical of the gay community – UKIP’s David Silvester and Orson Scott Card, for example, have been mocked by the media, and increasingly, we’re seeing more and more celebrities – Ellen Paige, Tom Daley – coming out. There seems to be currently, far more attention given to the LGBT community, with a real push for equality, acceptance and primarily, normality.

Yet this view isn’t really reflected in modern cinema, as mainstream movies remain remarkably gay-free. Yes, there are great recent movies with queer characters, dealing with queer issues – Alain Guiraudie’s taunt, semi-Hitchcockian thriller Stranger by the Lake, Abdellatif Kechiche’s Palme d’Or-winning Blue is the Warmest Colour, and Andrew Haigh’s heartbreaking Weekend – but these movies are French, French, and British Indie. Foreign and indie movies don’t represent the norm and will always be more subversive than those released via Hollywood. When it comes to the big studios, representation gets a little dry, and sadly, it’s really Hollywood that shapes the culture. So why does Hollywood remain fairly LGBT free, in an climate which seems happy to embrace it? It’s a cinematic issue which deserves discussion in further detail.

There’s a few reasons for the lack of representation, and the first lies with money, not homophobia. Mainstream American studios are famously cautious, and the risk that an LGBT movie wouldn’t make as much money as a ‘straight one’ is something which will flash through every studio exec’s mind when faced with a new gay script. Debates over marriage prove not everyone is happy with equality just yet, and straight people make for a bigger demographic; why include queer elements in a movie if that will potentially isolate anyone in that group? Keep elements as broad as possible to hit the biggest audience.

The typical solution is to separate LGBT fiction into a ‘genre’ – which can then cluster on the same shelf in a small section of a movie store or website – and this is seen as a means of drawing gays to gay fiction and selling it them as a separate product. Execs are simply unwilling to mix these demographics in case it fudges business, and occasionally, when an LGBT movie crosses over – your Brokeback Mountains – it’s seen as a surprising fluke and not a trend to be continued, though arguably, and unrealistically, this would all change if an LGBT movie made as much money as Twilight or The Hunger Games. This is cynical, but then Hollywood is a cynical town.

The second issue which keeps Hollywood movies free of queer representation relates to narrative and agenda. Movies are constructs and every element of them is created by the writer or director, which means everything in the movies was put there for a reason, at least in terms of narrative. So essentially, if you’re including a gay character in your script, there has to be a reason why on a dramatic or thematic level. Why is this character gay? What does this add to the story, to the characters, to the themes?

When you think of the biggest ‘LGBT’ movies, those with the most prominent gay characters – Philadelphia, Rent, Dallas Buyers Club, Milk, and even Brokeback Mountain – you’ll find all these movies are about ‘gay issues,’ such as coming out, oppression, or HIV. That’s because those are the acceptable queer narratives in which to include queer characters. When it comes to the girls, you’ll find more lesbians in mainstream movies (think Black Swan), but cynically yet again, it’s because girls kissing girls is easier to sell to the public than boys kissing boys; it’s exploitative, and execs see this as an asset when faced with a male-dominated audience.

The problem is, that whilst the writer may have the best intentions in including a gay character, it’s difficult to justify the inclusion without coming across as having an agenda. If the character isn’t there for narrative reasons then the writer has consciously made that character gay, and some execs and audiences will see this as problematic. Russell T Davies ran into this issue on Doctor Who – fans of his run will notice the casual amount of queer characters dropped into the show. Obviously, this is because Davies wants to raise awareness and build representation of the queer community to an audience (younger viewers and sci-fi fans) who aren’t usually exposed to such elements. Intentions here are great, but do a quick Google search on this and no doubt you’ll find people criticising Davies for forcing his ideals into the show, or for having an agenda.

It’s very rare to see a gay character in a narrative not about sexuality, and typically, Hollywood hasn’t been great at doing this, and it’s something of a running joke that Hollywood equates homosexuality with evil, and that many villains are written with queer elements. Take the Bond movies to start; a surprising amount of Bond villains – Rosa Klebb, Alec Trevelyan, Franz Sanchez, and most recently, Silva in Skyfall, contain either elements of suggested homoeroticism or out and out gay attributes. This kind of representation comes from numerous cultural ideas and isn’t always meant to be negative, though in some cases, such as From Russia With Love‘s Klebb, homosexuality is used to instil a sense of ‘the other’ to the character, and make her repulsive. 60s Bond sexual politics should always be taken with a pinch of salt however – it was a different time, but it’s certainly there, so make of it what you will. Bond villains – often obsessed with him – do have a homoerotic edge, but it works within the character; Bond is defined by his masculinity and so attacks against him play to this; look at how Goldfinger attempts to laser him in half from the crotch, or how Le Chiffre literally goes for the balls, with the quote ‘there will be little left to identify you as a man.’ The series takes this to a logical conclusion with the nom-ambiguously gay Silva in Skyfall, who feels Bond up during the interrogation scene, an extension of the typical homoeroticism in the series which seeks rattle Bond’s cage by undermining his masculinity. Whilst it’s easy to see the scene as homophobic, it does fit thematically, and Bond’s ice-cool response – ‘What makes you think this is my first time?’ is refreshingly liberal for the character.

In other cases, think of Hans Gruber in Die Hard, Catherine Tramell in Basic Instinct, or most male Disney villains – Jafar, Scar, Captain Hook, Proffessor Ratigan, Ratcliffe, or Hades, for example. The Little Mermaid‘s Ursula was based on a drag queen. Lesbian villains like Sharon Stone’s Tramell, unfortunately, tend to be written for exploitive purposes, whilst the likes of Hans Gruber are defined by a European sense of sophistication, again, it’s a means to define an other, in this case to oppose John McClane’s ruggid, All-American hero. Typically, and as is the case with Disney, it’s not homosexuality which is a villain’s attribute but effeminacy; the foppish bad guy has been a cultural staple for centuries, often as a counter to more masculine heroes. Such elements are perhaps less homophobic than intended, but it’s easy to see how this could be offensive to modern queer audiences, and there’s clearly work to be done against it; a gay hero in a superhero movie would do wonders, but again, this ties back money and demographics and is unlikely to happen anytime soon. Recently, however, Disney’s Frozen can be interpreted with queer elements – Elsa can easily be seen as a lesbian heroine, not so much on her rejection of a prince figure, but on her isolation, anger, and ultimate positive acceptance of herself; there’s a reason ‘Let it Go’ gets played in gay bars, as it’s basically the anthem for coming out of the closet. Elsa aside, there’s a lot of talk of Frozen containing Disney’s first gay character in Oaken, the trading store owner who seems to have a male partner.

There have been some great recent movies which did queer well, such as Paranorman and Scott Pilgrim vs. the World. Paranorman plays against gay stereotypes by revealing at the end that the dump jock character Mitch is actually gay; it’s a punchline, but not at Mitch’s expense, and the casual nature of this reveal – that being gay is no issue – is refreshing. Scott Pilgrim’s Wallace Wells is one of the gang, hilarious, and happens to be gay without it ever being a thing. Gays on Game of Thrones (and Buffy, back in the day) are also given the same non-treatment; there’s no focus on sexuality or issues, and it’s these kinds of movies and programs which are progressive.

However, there can still be issues with this casual approach. If you have got queer characters in your movie there’s the question of how to treat them. Take HBO’s Looking, a recent TV show which aims to show the ordinary lives of your average gay man. The pitch is to portray gay men as they are, and not the way they’re portrayed on say, Will and Grace – which takes a more stereotypical, camper approach. basically, camp, loud, and defined by being queer. These are guys who just happen to be gay without it being part of their personality; homosexuality is separate from identity, and some audiences find this refreshing. Yet the show has drawn criticism on this same front; with some audiences finding it offensive that more masculine and less overt gays are more ‘normal’ or realistic than those more flamboyant; a notion which plays into negative superiority and segregation within the gay community itself. Looking is a good example of the difficulties LGBT stories, if actually released, can face; it’s hard to represent your whole community at once.

There’s too much stacked against the mainstream media: issues with marketing, narrative, how to include queer characters in stories not about queer issues, and even then, how to portray them if you do. Progress is being made, slowly, but it’s unlikely that LGBT representation in modern cinema will improve anytime soon, despite the current state of world affairs.

Note – this is a post I originally wrote for Vada Magazine a few months ago, which has been updated and extended here. It’s an interesting topic and I’d love to hear your thoughts in the comments.

3 thoughts on “LGBT Representation in Cinema” 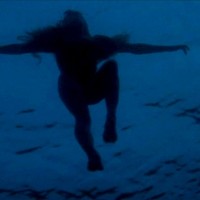 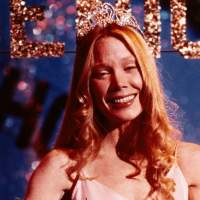